While Google Analytics shows you what's happening on your website, Crazy Egg will show you why, in seconds!

Since 2005 our website optimization tools have been the secret sauce for helping thousands of enterprise-level companies build better customer experiences.

You're so close to getting data-backed recommendations that are comprehensive, compelling, and undeniable.

From Thousands of Monthly Visitors to Millions, We're Here to Support You 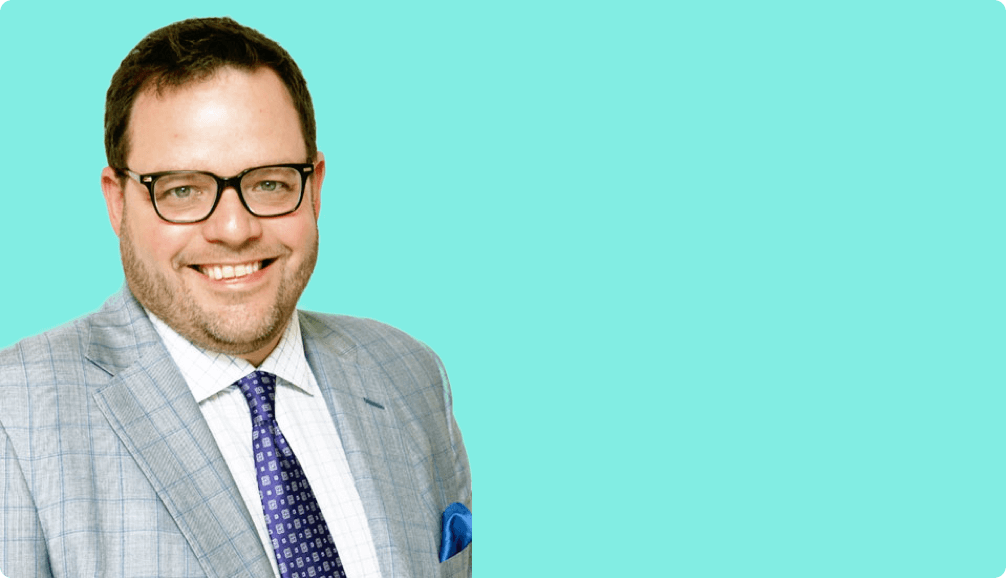 “If you need to figure out which elements of a Web page are getting clicks, and measure versions against one another, Crazy Egg is the answer. This simple software program only does a couple things, but it does them exceedingly well in an ultra easy to use fashion that puts it in the same ‘why isn’t all software this good’ category with Basecamp, iphone, and Conceptshare.”

Founder of Convince and Convert 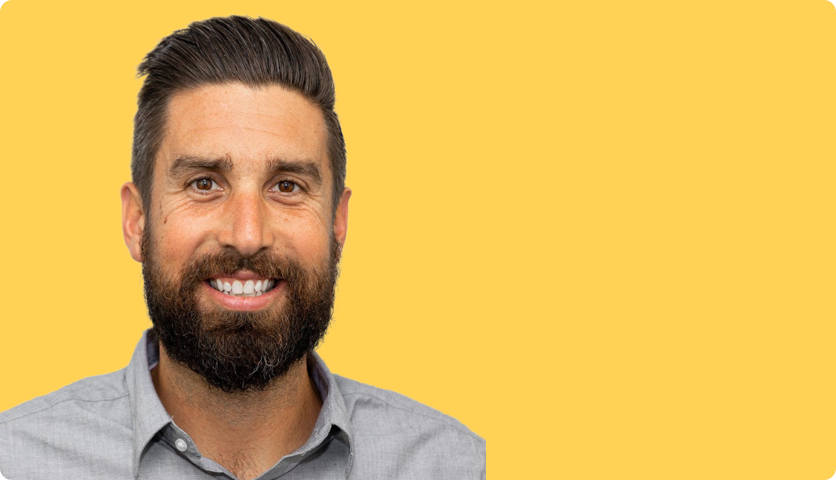 “Traffic means nothing if it doesn’t drive sales. As an agency, we’ve learned it doesn’t matter how much traffic we get if the client doesn’t see it in their bottom line. We use Crazy Egg to make sure our efforts are successful, and often we can show an impact through Crazy Egg early into an engagement by finding conversion issues with the website as SEO and other traffic sources take time to grow. This leads to better retention for us, more sales for the customer, and better performance for the website as a whole. It’s a no brainer!”

A Taste of What You Can Expect from Your Snapshot Reports

Mike Loveridge is the Head of Conversion Rate Optimization at TSheets by QuickBooks, the world’s top-rated time tracking and scheduling software.

In January of this year TSheets was acquired by Intuit, the #1 financial services company for helping small businesses scale, offering industry-leading tools like QuickBooks, TurboTax and Mint. 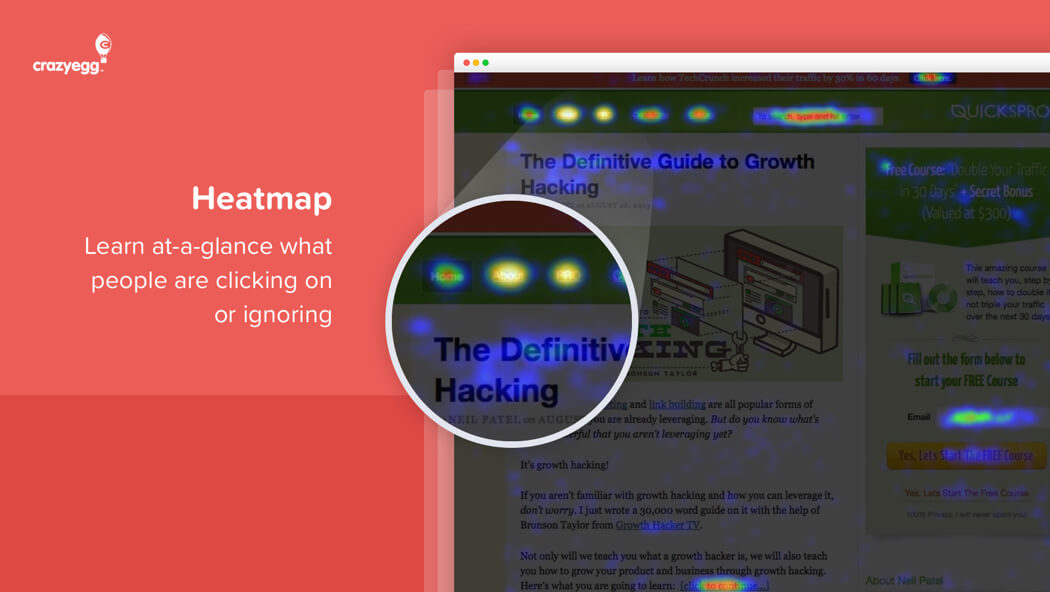 In the case of the latest experiment on TSheets by Quickbook’s Pricing Page, Mike noticed that website visitors showed off-the-charts engagement with content, but 50% of the traffic wouldn’t ultimately convert. 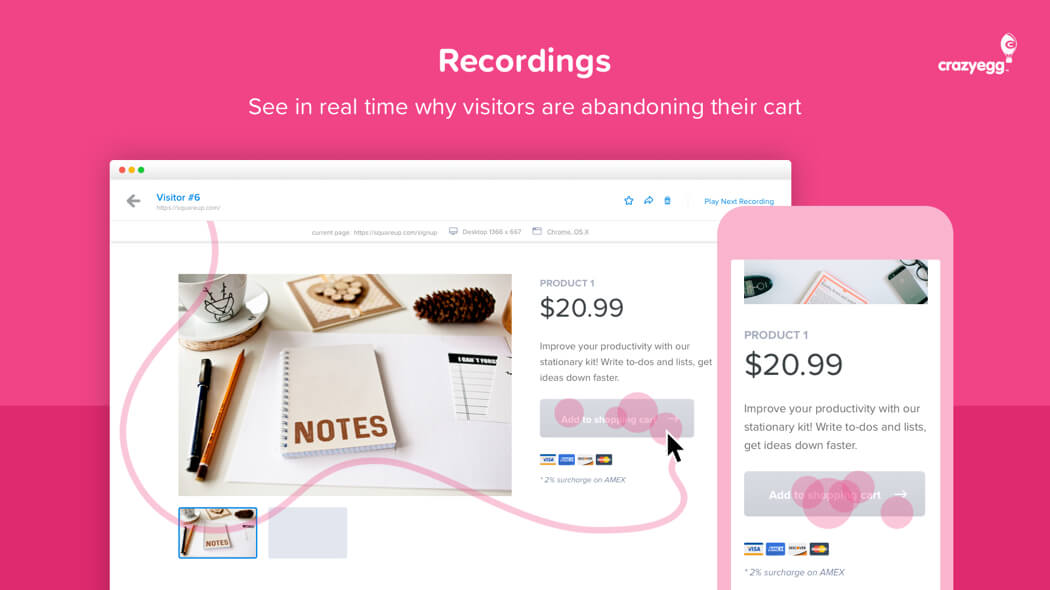 Crazy Egg’s user session recording tool revealed that a high percentage of potential customers were checking out the pricing information, then scrolling back up to header navigation at the top of the page and clicking off to other sections of the site.

In this case, the header navigation was causing users to get lost on the site and exit the conversion funnel. Mike says, “We wouldn’t have known that if we hadn’t watched the video.”

Based on the video recordings, Mike concluded that:

Reduce or eliminate the navigation bar so the company could retain more of the traffic, keeping people focused on CTAs and content that would help them make a purchase decision.

To validate his hypothesis, Mike is currently A/B testing a new scaled-down navigation on a PPC landing page. If the results are promising, he will also A/B test on the homepage, prior to rolling out winning designs in the Fall. 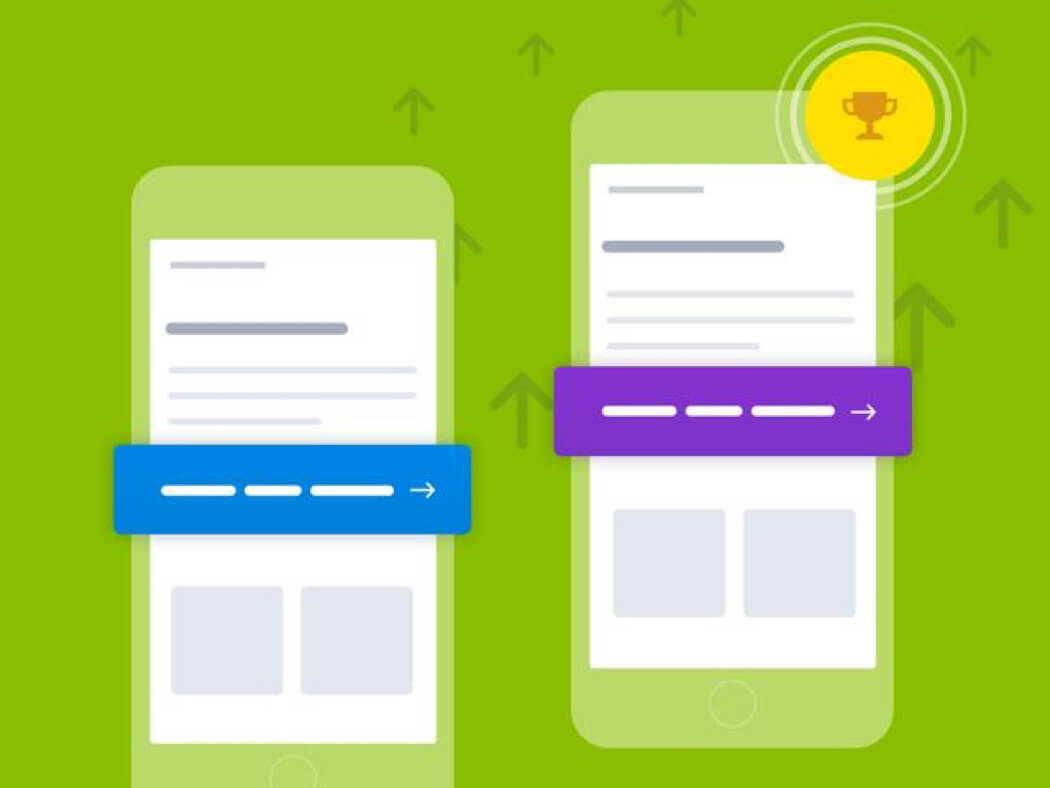 Mike’s big focus is on ramping up Intuit’s A/B testing velocity and building an experimentation-forward culture. He says:

“We recently scaled to 20 tests a month. It’s amazing how different everything is at the company when you have that additional customer data to work with.”

Trusted by thousands of companies and marketers around the world:

Thanks for your request!

We’ll be in touch shortly.

A team member will get back to you soon.